Saving the Environment: My Immigrant and Activist Journey

Erica Fernandez worked in the fields from the ages of 5 to 9, planting corn, lentils and picking strawberries. When she was 10, her family emigrated from Mexico to Oxnard, California. Her parents continued working in the fields, but in the United States, Erica could not legally work alongside them.

A bright and eager student, she excelled in school and took advantage of every educational opportunity, from Saturday school to summer school migrant programs. Through her participation in one community outreach program in particular, she connected with several local environmental leaders. Through their mentorship, Erica became aware of some of the environmental issues adversely affecting her family and community. Pesticides laced the fields they worked in, a towering power plant occupied their beach, and a toxic superfund site existed only one-half mile away. When Erica was 12, she was diagnosed with asthma caused by the air pollution in Oxnard, and she realized the health of humans and that of the environment are connected. Soon after, wanting to make her community better, she began her life long journey as an environmental and human rights activist.  Recognition for her efforts soon followed at her Middle School graduation at the age of 13, when she received the 2003-2004 Port Huenene Rotary Club "Outstanding Student Award for Community Service and Academic Achievement."

Speaking little English, she joined the Central Coast Alliance United for a Sustainable Economy (CAUSE) and was trained as a community organizer. When she learned that BHP Billiton was threatening to further pollute the last remaining natural wetlands in California by building a liquefied natural gas facility fourteen miles off the coast of Oxnard, Erica knew that, regardless of her youth or the fact that Mexican women are not traditionally encouraged to speak up, she had to take a stand. She overcame language barriers, and quickly evolved to lead the efforts to educate, inform, organize and train thousands of people during the four year battle which ensued to stop BHP Billiton from building the project.

Erica’s long struggle at a young age gave her the voice that she never thought she could have, and allowed her to dream of greater things. She became widely recognized for her efforts and an in-demand speaker. She attended Stanford University where she graduated with honors, earning two Bachelor's degrees (one in Urban Studies and the other one in Iberian and Latin American Cultures) and a Master's Degree in Policy, Organization and Leadership Studies from the Stanford Graduate School of Education. She has extensively researched the importance of a child's first language in acquiring a second language, revealing how the educational system is not designed to support children with English as a second language. Her Master's program focused on understanding the educational journey of English language learners (K-12) in navigating the California educational system and the challenges they confront such as how standardized testing (SATs, ACTs, LSATs, etc.), do not reflect the intelligence of these students. This was her own journey, but only a small percentage of these students overcome the limitations to their achievement. She continues to fight for educational equity for all students facing these challenges.

She is the recipient of the Brower Youth Award, Winner of the Jane Goodall “Global Leadership Award,” the “Gates Millennium Scholarship,” Glamour 2011 Top 10 College Women Award, and was a 2013-2014 Stanford John Gardner Fellow. Erica is currently an investigator for the Agricultural Labor Relations Board, a California State agency, where she investigates unfair labor practices in agriculture.

Erica Fernandez at The Bioneers Conference (2008)

The environmental activist was the youngest plenary speaker presented in the 19 years Bioneers conference history.

Erica Fernandez at the Stanford Latino Alumni Summit on March 23, 2019

Erica Fernandez at The Bioneers Conference (2008)

The environmental activist was the youngest plenary speaker presented in the 19 years Bioneers conference history. 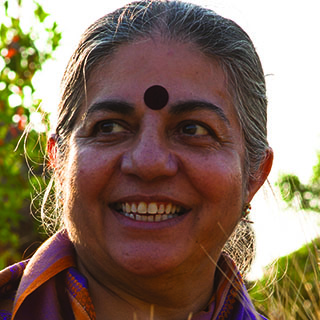