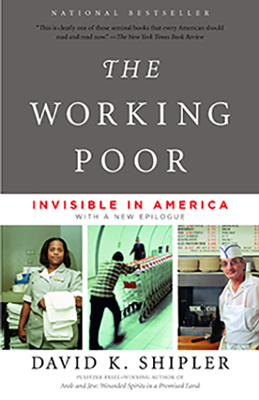 David K. Shipler co-hosts the podcast, Two Reporters. He writers online at The Shipler Report.  The Pulitzer prize-winning author of seven books, David Shipler was a New York Times journalist  (1966 to 1988), reporting from New York, Saigon, Moscow, and Jerusalem, and was chief diplomatic correspondent in Washington.  He is the author of the New York Times bestsellers Russia: Broken Idols, Solemn Dreams, which won the Overseas Press Club Award for the best book on foreign affairs in 1983, and The Working Poor: Invisible in America, a finalist for the 2005 National Book Critics Circle Award and the New York Public Library's “Helen Bernstein Award for Excellence in Journalism.” It won an Outstanding Book Award from The Myers Center for the Study of Bigotry and Human Rights at Simmons College, and led to awards from the National Law Center on Homelessness and Poverty, the New York Labor Communications Council, and the D.C. Employment Justice Center. The Working Poor is widely used in college courses and has been adopted as common reading for incoming first-year students at many universities as well as for One Book, One Community Reads.  He has also written for The New Yorker, The Washington Post, and the Los Angeles Times.

David Shipler’s books The Rights of the People (2011, Knopf) and Rights at Risk (2012, Knopf),  address the erosion of liberties from the courtroom to the classroom. His book Freedom of Speech: Mightier than the Sword (2015, Knopf), anchored in personal stories, provides Shipler’s investigations of the cultural limits on both expression and the willingness to listen, and exposes troubling instabilities in the very foundations of our democracy.  His book Arab and Jew: Wounded Spirits in a Promised Land, won the 1987 Pulitzer Prize for general nonfiction and was extensively revised and updated in a new edition in 2015. The seminal book on the fraught relationship between Jews and Arabs, presents an in-depth analysis of the origins of the interactions and  prejudices and how they are intensified by war, terrorism, and nationalism. Today, as tensions continue to rise, Shipler’s research and insights have only become more relevant and more urgent. His book A Country of Strangers: Blacks and Whites in America (1997, Knopf), based on five years of research into stereotyping and interactions across racial lines, garnered him an invitation from President Clinton to participate in his first town meeting on race.

Shipler was a member of the Pulitzer jury for general nonfiction in 2008, and served as Chair in 2009. He has taught at Princeton University and American University, was a writer-in-residence at University of Southern California, a Woodrow Wilson Fellow on more than twenty campuses, and a Montgomery Fellow and Visiting Professor of Government at Dartmouth College.

Inquire about Multi-day, Multi-topic Residencies for Colleges and Universities

Recent piece by Shipler on the Anti-Islam sentiments sweeping the US (The New Yorker):
http://www.newyorker.com/news/news-desk/pamela-geller-and-the-anti-islam-movement?intcid=mod-latest

Lectures are available on the topics of each of Mr. Shipler's books and more. Inquire about additional topics. 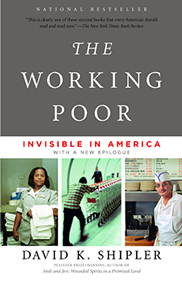 From Pulitzer Prize winning author David Shipler, The Working Poor presents an intimate portrait of working American families struggling against insurmountable odds to escape poverty.  Shipler exposes the interlocking problems in the lives of the poor—white and black, Asian and Latino, citizens and immigrants. We encounter them every day, for the essential jobs they do for the American economy.  This impassioned book not only dissects the problems, but makes pointed, informed recommendations for change. It is a book that stands to make a  difference. 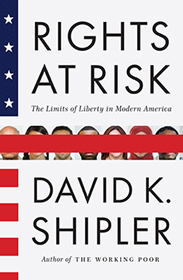 An enlightening, intensely researched examination of violations of the constitutional principles that preserve individual rights and civil liberties from courtrooms to classrooms.  With telling anecdote and detail, Pulitzer Prize–winner David K. Shipler explores the territory where the Constitution meets everyday America, where legal compromises—before and since 9/11—have undermined the criminal justice system’s fairness, enhanced the executive branch’s power over citizens and immigrants, and impaired some of the freewheeling debate and protest essential in a constitutional democracy. Often shocking, yet ultimately idealistic, Rights at Risk shows us the shadows of America where the civil liberties we rightly take for granted have been eroded—and summons us to reclaim them. 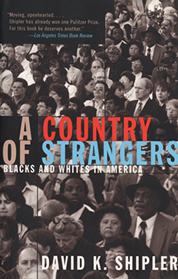 A Country of Strangers: Blacks & Whites in America

A Country of Strangers is a magnificent exploration of the psychological landscape where blacks and whites meet.  Pulitzer Prize-winning writer David K. Shipler takes us among ordinary Americans as they encounter one another across racial lines.  We learn how blacks and whites see each other and interpret each other's behavior, explore the competing impulses of integration and separation and how whites and blacks each carry the burden of our history.  It looks at relations between minorities, including blacks and Jews, and blacks and Koreans. It explores the human dimensions of affirmative action and the intricate contacts and misunderstandings across racial lines among coworkers and neighbors. The book makes clear that we have the ability to shape our racial landscape--to reconstruct, even if not perfectly, the texture of our relationships.  A remarkable book that will stimulate each of us to reexamine and better understand our own deepest attitudes in regard to race in relationships. 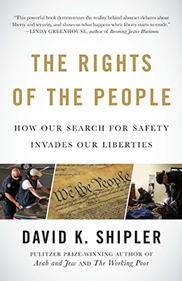 The Rights of the People: How Our Search for Safety Invades Our Liberties

An impassioned, incisive look at the violations of civil liberties in the United States that have accelerated over the past decade—and their  direct impact on our lives.  How have our rights to privacy and justice been undermined? What exactly have we lost? Pulitzer Prize–winner David K. Shipler searches for the answers to these questions by traveling the midnight streets of dangerous neighborhoods with police, listening to traumatized victims of secret surveillance, and digging into dubious terrorism prosecutions. The law comes to life in these pages, where the compelling stories of individual men and women illuminate the broad array of government’s powers to intrude into personal lives. Examining the historical expansion and contraction of  fundamental liberties in America, this is the account of what has been taken—and of how much we stand to regain by protesting the departures  from the Bill of Rights. 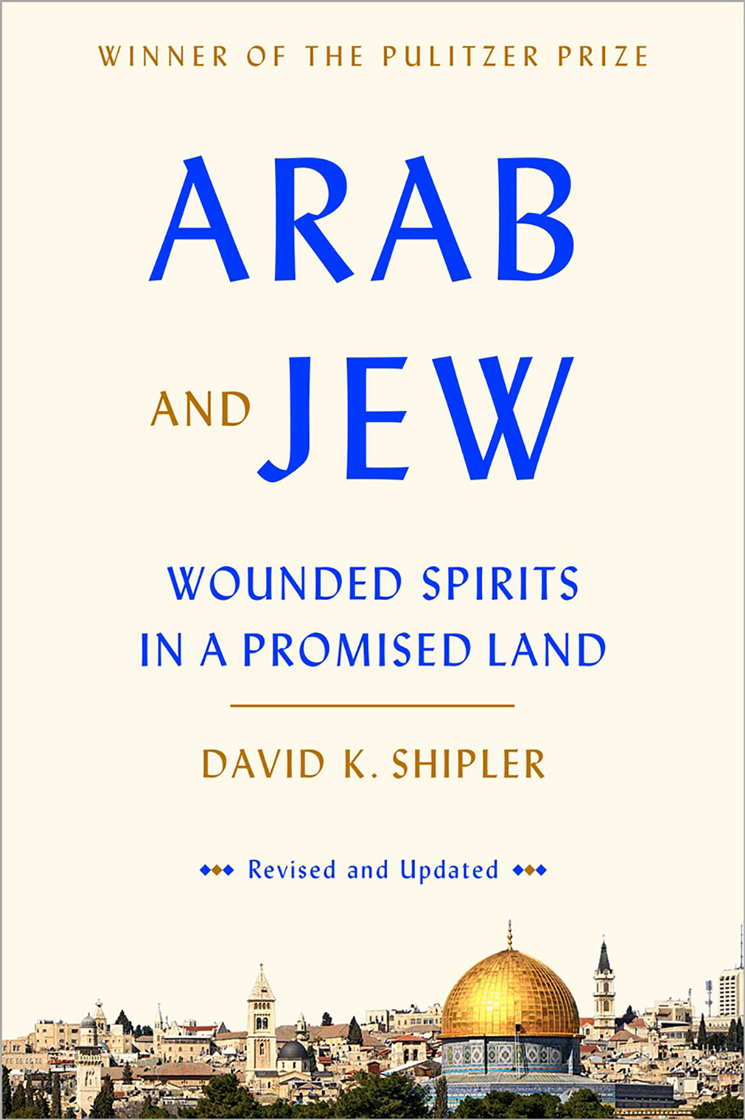 Arab and Jew: Wounded Spirits in a Promised Land

In this monumental work, David Shipler, award-winning correspondent for The New York Times, examines the forces that contribute to the mutual aversion and hatred in Israel.

Interesting first hand account of a great reporter that lived in Russia before the wall came down... a real inside look at their culture - speckled with great insight and entertaining stories and accounts of acts of Russians that would have put some in great risk to themselves for the writers sake and for truth. 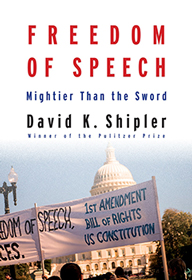 Freedom of Speech: Mightier Than the Sword

A provocative, timely assessment of the state of free speech in America.  Pulitzer Prize winner and former New York Times veteran David K. Shipler turns his incisive reporting to a critical American ideal: freedom of speech. Anchored in personal stories—sometimes shocking, sometimes absurd, sometimes dishearteningly familiar—Shipler’s investigations of the cultural limits on both expression and the willingness to listen build to expose troubling instabilities in the very foundations of our democracy.  Measured yet sweeping, Freedom of Speech brilliantly reveals the triumphs and challenges of defining and protecting the boundaries of free expression in modern America.

Speaking on "The Working Poor: Invisible In America"

Reviews for The Working Poor

"This is clearly one of those seminal books that every American should read and read now."

“An essential book. . . . It should be required reading not just for every member of Congress, but for every eligible voter."

“Sensitive, sometimes heart-rending . . . . A vivid portrait of the struggle of the working poor to acquire steady, decently paid employment.”

“Insightful and moving. . . . Shipler writes with enormous grace [and] he captures the immense frustration endured by the working poor as few others have."

“This is clearly one of those seminal books that every American should read and read now." --The New York Times Book Review" An essential book. . . . It should be required reading not just for every member of Congress, but for every eligible voter." --The Washington Post Book World“Sensitive, sometimes heart-rending . . . . A vivid portrait of the struggle of the working poor to acquire steady, decently paid employment.” –Commentary"Insightful and moving. . . . Shipler writes with enormous grace [and] he captures the immense frustration endured by the working poor as few others have." --The Nation"Welcome and important. . . . Shipler manages to see all aspects of poverty--psychological, personal, societal--and examine how they're related. . . . There is much here to ponder for conservatives and liberals alike."

“guided and very personal tour through the lives of the working poor shatters the myth that America is a country in which prosperity and security are the inevitable rewards of gainful employment. Armed with an encyclopedic collection of artfully deployed statistics and individual stories, Shipler, former New York Times reporter and Pulitzer winner for Arab and Jew, identifies and describes the interconnecting obstacles that keep poor workers and those trying to enter the work force after a lifetime on welfare from achieving economic stability. This America is populated by people of all races and ethnicities, whose lives, Shipler effectively shows, are Sisyphean, and that includes the teachers and other professionals who deal with the realities facing the working poor. Dr. Barry Zuckerman, a Boston pediatrician, discovers that landlords do nothing when he calls to tell them that unsafe housing is a factor in his young patients' illnesses; he adds lawyers to his staff, and they get a better response. In seeking out those who employ subsistence wage earners, such as garment-industry shop owners and farmers, Shipler identifies the holes in the social safety net. "The system needs to be straightened out," says one worker who, in 1999, was making $6.80 an hour, 80 cents more than when she started factory work in 1970. "They need more resources to be able to help these people who are trying to help themselves." Attention needs to be paid, because Shipler's subjects are too busy working for substandard wages to call attention to themselves. They do not, he writes, "have the luxury of rage."   Copyright © Reed Business Information, a division of Reed Elsevier Inc. All rights reserved. --This text refers to an out of print or unavailable edition of this title.

Speaking on "The Working Poor: Invisible In America" 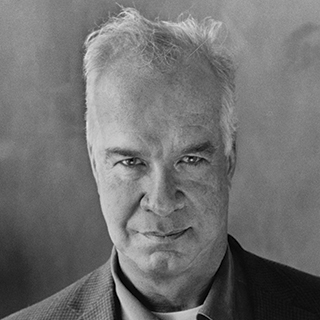