"100 most influential Latinos in the USA"
— Hispanic Business Magazine

In the American Southwest and its borderlands, no other social justice advocate has made a greater impact on the lives of undocumented workers than Enrique Morones.  Morones is a Human Rights activist born in San Diego to Mexican parents who instilled in him a deep love for Mexico, spiritual faith and social justice.  His Catholic school education played a key role in his work as founder and Executive Director of Border Angels, a nonprofit organization established in 1986 that has been internationally recognized for “saving migrant lives.”  Its mission statement is driven by the passage "for I was hungry and you gave Me food; I was thirsty and you gave Me drink." Matthew 25:35, which exemplifies what Border Angels is all about — loving our fellow man.

In Morones's best-selling memoir, The Power of One: the Border Angels Story, Morones tells his own story (with noted Chicano historian Richard Griswold del Castillo) of someone who took the chance to make a difference in the lives of people in Mexico, in the United States, and most importantly, along the U.S./Mexico border, la frontera.

Morones is also the founder of Mexico’s Border Commission, established in 2003 under Mexico’s president, Vicente Fox. He founded the House of Mexico in Balboa Park in 2002, and in 2008, co-founded the Friends of Friendship Park. In 2006, he founded the historic Marcha Migrante, an annual march to support immigration reform and to remember those who died trying to cross the border.  Also a founder of GENTE UNIDA (a human rights border coalition) in May of 2005, he has led the national effort against the vigilante Minutemen soundly shutting them down in California.

Morones has been featured on NBC, CNN, CBS, BBC, NPR, Univision's Don Francisco Presenta, Televisa Nacional, Rocio en Telemundo and in countless other international media around the world. He frequently lectures and has more than held his own on shows with Bill O'Reilly and Lou Dobbs.  Morones promotes the TRUTH about the migrant community.  He has debated immigration issues in national and international media — including, the “Today” show, “Sabado Gigante,” NPR, “Larry King,” “Lou Dobbs,” “The O’Reilly Factor and HBO. He has spoken at universities across the country, hosted students from around the world and was featured in four films and the best-selling book,

He is recognized as one of the 100 most influential Latinos in the USA by HISPANIC BUSINESS MAGAZINE and his recognitions include being FRONTLINE HUMAN RIGHTS international awardee for his lifelong dedication to Human Rights, 2009 National Human Rights Award, presented by Mexican President Felipe Caldron, 2010 California Spirit Award, presented by Gil Cedillo, and the Bishop Buddy Alumni award presented by "USD" University San Diego.

Border Angels: The Power of One

Looking for a work at the crossroads of border studies, history, memoir, political science, social justice, activism, chicana/o studies, and immigrant rights, then Enrique Morones BORDER ANGELS: THE POWER OF ONE is the book for you.  In the American Southwest, no other social justice advocate has made a greater impact on the lives of undocumented workers than Enrique Morones. In BORDER ANGELS: THE POWER OF ONE, Morones tells his own story (with noted Chicano historian Richard Griswold del Castillo), and the result is a singular memoir of someone who takes the chance to make a difference-a brave activist who, with his organization, the Border Angels, saves the lives of legions who attempt to cross the hot, beautiful, and dangerous deserts that fuse the United States and Mexico.

We all have the power, the power of one. Whether the best of times or the worst of times, how will you use the power?

Enrique Morones: Humanitarian Award at the University of San Diego

My father, Cesar Chavez, led heroic grape workers around Delano, California in the longest continuing farmworker strike in U.S. history in a profound statement of non-cooperation with a farm labor system that exploits and impoverishes mostly immigrant farm workers. Today, courageous members of the Border Angels are honoring the legacy of my father by making a powerful statement against inhumanity and oppression endured on our border by innocent immigrants.

It all went very well. Our new president was very impressed by Enrique.

We were extremely pleased with Enrique Morones' outstanding presentation during Hispanic Heritage Month.

His talk was very well-received--prompting the dean to approach him about in-service possibilities with our students and his group. --

Enrique Morones’ story is remarkable and needs to be told. He is a man of conscience who stands up to the injustice by simply being on the side of love and human dignity. Let us rejoice that an angel walks among us in this fight for truth, immigration reform and justice for all.

Enrique Morones is the finest example of the Si Se Puede attitude in service to those who risk their lives in search of a better life.

We all have the power, the power of one. Whether the best of times or the worst of times, how will you use the power? 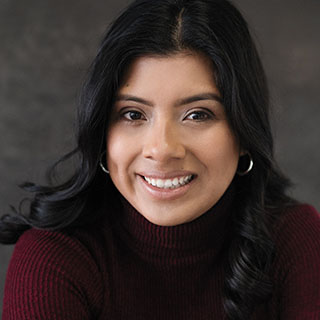